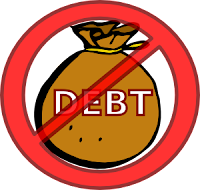 So it seems that a rather large debt collector who does a lot of business in the more western states is in the hot seat for trying to solicit people to pay past bills and pre-pay medical bills while they are currently in the hospital.  Imagine the nerve of hospitals being desperate to be paid and demanding money for their services!  There is an article in a recent edition of the New York Times about the subject that others have picked up on in the media, as well.  The name of the collection agency is Accretive Health.  Can you imagine being in an emergency room and have somebody approach you and try to get you to pre-pay or forego treatment because of past debts?  There sure is something unethical in that, for sure.  I am assuming they also gain access to a patient's medical records -- which is certainly wrong and probably very much illegal.  In the past, it was bad enough to worry about whether some blood-sucking insurance company was going to cover a procedure -- now we can worry about even being seen by a doctor before we even get to the insurance companies.  It is bad enough that people, who are not doctors, get to see our records, let alone somebody who can't even pretend to care about patients' health matters.

Now I am no fan of debt collectors, based on the stories I hear of their unscrupulous tactics and my own experiences in the past.  At any rate, if they have done anything illegal, I hope this collection agency gets nailed big time for its behavior and that others take notice of it.

On the other hand, how does the hospital collect for more expenses involved in a hospital stay from someone who hasn't paid previous bills and is likely to skip any new ones?  The hospital and its staff certainly have a right to be paid for their effort, expense and risk in treating people, right?  Quite often, as was the case with the collapse of the housing market in recent times, creditors are labelled the bad guys while the folks who have not paid their bills as they agreed to are somehow the victims.  This is not to say that, especially with predatory lenders, there isn't some shared blame.  So where does the hospital (or any organization with a lot of unpaid debt) stand, in terms of rights?  What is fair?  This is one issue where there is two sides to the coin.  Please feel free to comment.