The Value Of Moderation 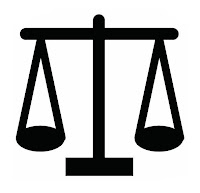 It seems like being a moderate these days carries with it the connotation that one who identifies themselves as such either simply doesn't care or lacks the courage and fortitude to take a stand.  And yet, I think in today's political climate with the economy in the tank, high gas prices, disagreement over the government's involvement in health care, unrest around the globe and the resulting polarizing political situation here in the U.S., it's just what the doctor ordered.  Civility has gone out the window.  When Mitt Romney was in the midst of a heated primary campaign (all but wrapped out now with Santorum's exit), it may have been fun to sit back and watch the show, all the while thinking that the Republican party will never be happy with its resulting eventual nominee because he just isn't a true conservative.   One should remember that the Republican primary voters are largely the conservative end of the party, as the liberal end is the most active in the Democratic party during primary season -and thus courted for votes by the candidates.

Remarks have been made that Romney will move more to the center after being nominated and such words really bother a lot of people - in particular, the conservatives who are largely responsible for getting him nominated in the first place.  But, the truth of the matter is, he is going to have to move in that direction if he wishes to win the general election in November.  He knows that and they should, too.

Moving more toward the center is the desirable thing to do, anyway, election or not.  Washington, D.C. is now so polarized that it has been rendered utterly ineffective and just another financial burden on the American people -- not a help when we need it most.  The midterm election in 2010 was supposed to send a message to Washington along with the Tea Party.  It has sent one, and it isn't the right one.  The message is that "you are wrong, we are right and there's no way we are going to compromise with you - -because we promised our constituents we wouldn't."   Of course, the remaining Democrats feel the same way about their points of view and responsibility to the people who put them in office, as well.  So, where does that leave us?  It leaves us in limbo, that's where.  It's why our credit rating was downgraded.  That's right.  it wasn't the enormous deficit, it was the inability of Congress to work together to come up with a viable bi-partisan plan to attack this growing debt.  It is also in large part the fault of our current administration.  The president's remarks about Republicans "sitting in the back of the bus" if they want to come along and failure to call Senator Reid to task for not getting a budget plan together has not helped the situation.  By the way, I say this as someone who once supported him and believed in the "hope and change" message he peddled.

Human nature brings more than just differing ideologies to the table, it brings egos.  I think that both sides of the aisle are guilty of childish nonsense and need to sit down and work things out while there is still time to effectively salvage this mess we call on economy and get people back to work.  They key to all of this can be summed up in one word: moderation.  Time for the moderates to rise up and be counted.